Opinion – The government must urgently overhaul the building code to protect the health and wellbeing of all New Zealanders. 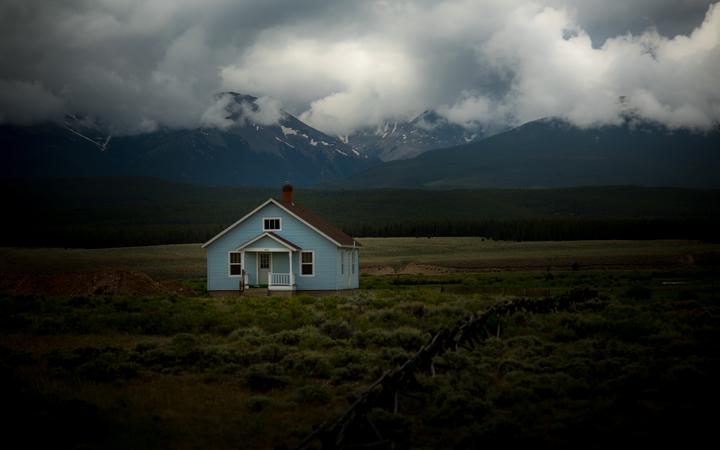 The government knew, more than 80 years ago, that there was mould in the ceilings and walls of over 50 percent of newly built homes. Yet it wasn’t until 1978 that insulation in new dwellings became compulsory.

Living in damp, mouldy, poorly ventilated homes is making New Zealanders sick and in some cases it’s killing us.

Despite decades of accumulated knowledge and research about the health impacts of cold Kiwi homes, the amount of insulation needed in New Zealand has barely increased in the 44 years since it became compulsory.

Last month, a survey of 2000 Kiwi kids found 60 percent lived in homes with temperatures and humidity levels outside of the World Health Organization recommended range. More than half of those children slept in rooms that were too cold, and reported poorer overall health.

Cold, damp housing can worsen asthma or contribute to its development, can increase the risk of respiratory infections and bronchitis, and can place stress on the cardiovascular system. Māori children are hospitalised with asthma at twice the rate of non-Māori children. The Asthma Foundation puts the yearly cost burden of respiratory disease at more than $7 billion.

The two-year-old died at Starship Hospital in the winter of 2014, two days after being diagnosed with a respiratory infection.

The Ōtara home she lived in was cold and damp – her family collected water from the leaking ceiling in buckets.

Yet our current building code – setting minimum standards for building houses – is lacklustre in comparison with codes in Australia, California, and the UK.

Even new homes built to meet the code in New Zealand are not good enough.

The building code splits Aotearoa into three climate zones, with insulation requirements varying across them.

A new house built to code in Auckland requires less insulation than one in Dunedin, but the standards lag well behind countries with similar climates.

A new house built in Sydney or Brisbane, for example, must have more insulation than one in Invercargill, while a new build in Dublin requires almost double the amount of insulation of one in Dunedin – despite the two cities having similar climates.

Every year, the Ministry of Business, Innovation & Employment (MBIE) consults on the building code, providing an opportunity for the public to have their say on proposed changes.

But when it comes to minimum insulation requirements, the status quo has remained.

Te Kāhui Whaihanga New Zealand Institute of Architects says the government must do better when the status quo means children and vulnerable New Zealanders being hospitalised or dying of preventable illnesses caused by the damp, cold, mouldy homes.

We are calling for urgent change to the building code.

We support MBIE’s proposal to increase the country’s climate zones from three to six and to raise insulation requirements.

But we suggest changes go even further. Proposed climate zones are still too generalised and the code should require the use of a performance-based metric like kWh/m2 to measure a building’s quality.

Requiring higher levels of insulation is not a silver bullet. In some cases, it can create further problems, diverting condensation into the structure of a building, causing rot.

A building may be insulated well beyond the required standard, but a 16mm gap between the edge of insulation and its timber framing can almost halve its efficacy.

In a foreword to the consultation document, MBIE’s former building performance and engineering manager wrote that increasing insulation levels was a first step: “Further changes are coming that will look at more holistic ways to decrease emissions, and to ensure New Zealand’s houses are warm enough to live in comfortably and support good health.

“These changes will be critical to ensure the health, wellbeing and the environment for future generations and the country as a whole”.

Registered architects already design homes that go far beyond what is legally required. But not all buildings are architecturally designed – meaning not all Kiwis are getting the warm, dry, healthy homes they deserve.

Te Kāhui Whaihanga is urging the Ministry to overhaul the building code now. The health and wellbeing of our people depends on it.